If you've come to this blog, you're probably already a competent writer--or well on your way to becoming one. After all, the surest sign of a good writer is an eagerness to become an even better writer. Writing teachers are also welcome here.

This blog will offer advice on style, grammar, even such mundane matters as punctuation. Good writing is an art, yes, but it is also a craft, like quilting or carpentry or car repair. That means the ability to write is more than just an inborn talent; it is also a skill that can be learned.

Over the years, folks have paid me a lot of money for my writing and for my advice about writing. I've been a senior editor at the New York Times Magazine Group, and I've published hundreds of magazine articles myself. I've taught writing at several universities—most recently Virginia Tech. Corporations like FedEx have hired me to teach their executives how to write better. (Note to teachers: Many of my blog posts originated as lesson plans. Feel free to use them in your own classes.)

Given all this, I suppose I'm qualified to offer some suggestions about the subject of writing. Much of what I say here has been said in other places--especially in fine books like Strunk and White's The Elements of Style and Donald Hall's Writing Well. You should read those books. Meanwhile, I hope you find some of the advice on this blog useful.

CAN YOU TRANSLATE THIS? 16 Real Examples of Very Bad Writing 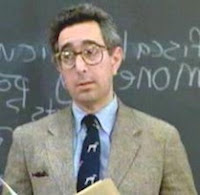 Political language—and with variations this is true of all political parties, from Conservatives to Anarchists—is designed to make lies sound truthful and murder respectable, and to give an appearance of solidity to pure wind.—George Orwell, "Politics and the English Language"

"To generalize is to be an idiot. To particularize is the alone distinction of merit."—William Blake

Ed Weathers
I'm retired from two careers: 1) as a magazine writer and editor and 2) as a college teacher. I also write another blog (see links below).

Some Books That Have Taught Me A Lot About Writing